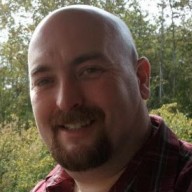 What an experience being at my first Splunk .conf event.

Leading up to the event my coworkers continually told me that it would be a go-go-go event. The days would be long but worth it at the end. I knew the days would be full of talks and as I built my schedule quickly discovered there were interesting talks in just about every time slot every day I wanted to attend (and often more than one).

Day 0 started with a smooth flight to Orlando with several other attendees. Taking advantage of the Magical Express I was able to bypass the luggage pickup and go straight for my bus to the hotel. After a short rest it was off to the Aplura happy hour to meet up with coworkers and clients/friends we don’t see regularly outside of office hours.

Day 1 was a shock even after all I had heard. It started out in the morning with breakfast and was the best organized meal service I’ve seen at any conference. After a bite and chat with friends it was off to the very packed keynote. Music and a light show entertained us while everyone was being seated. Splunk CEO Doug Merritt came out and gave a great presentation on where Splunk is, its path forward, and the important role of the user community.

After the keynote it was off to the talks. I would touch on each one I attended but the day was just packed. Each talk I went to was impressive for its actionable content balanced with the Splunk marketing messages. To close out the day we attended the Search Party at Walt Disney World Hollywood Studios. What an interesting experience it was to have an amusement park closed down for a private event you’re attending.

Days 2 and 3 were much the same. Long days of high quality talks mixed with fun stuff going on. Attending the SplunkTrust Recognition Ceremony was a neat thing to see. Doug Merritt was on hand to congratulate all the 2016-2017 members. I was able to see my friends and coworkers Kyle Smith and Casey Pike give their talks “Lesser Known Search Commands” and “Unified Open-Source Splunk Configuration Management System”, the latter of which I felt was woefully ignored but one of the gems of the event (be sure to check it out when the event slides/talks are released, you’ll thank me later).  Dave Shpritz talked about the community and ways to join and interact with it on theCUBE. The vendor area was rather large and busy. I was able to speak with several of them and gain some insight into how Splunk is used in different areas.

Throughout the event I was meeting other attendees, many of them first timers like myself, and sharing the experiences we had. I did not hear of any major complaints. There were some small things that were noted but nothing that made the event worse for their existence or lack thereof. I feel I can say this is the best vendor event I’ve been to in quite some time and is one that I’m actually looking forward to attending again.

You May Also Enjoy

Splunk Community shows its Appreciation to an Aplura Consultant

At Aplura, we feel that supporting user communities is important. That’s why we have three SplunkTrustees on staff.

In what’s become an annual .conf tradition around here, Aplura wants to congratulate three of our team that inducted into the SplunkTrust, 2020 cohort.

September meeting! Due to conflicts, this meeting is on Sep 23. We will meet in Towson, and I’ll practice my .conf talk (Lesser Known) ! Also food and drinks...